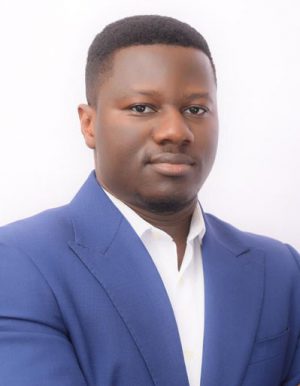 Samuel is a well-rounded business leader with strong commercial acumen and has 11 years’ experience in various industries; from Telecommunications, FMCG and the Downstream Petroleum industry.

He started his career in the telecoms industry as an Operations Support Engineer with Airtel, and in 2012, joined Guinness Ghana Breweries Limited as a Sales Executive. Having formed the foundation of his exposure into the commercial space, he joined Vivo Energy in 2014 as a Retail Territory Manager, starting his career in the downstream petroleum sector.

Prior to joining TTF, Samuel worked with Puma Energy where he held various leadership roles including Head of Lubricants and B2B Manager (Ag.) from 2017 until 2021. He was instrumental in growing the lubricant business as well as Puma’s market penetration for white products within the business-to-business consumer segment.